Adolescence is a critical period in brain development. While the brain normally reaches its full size around 10 years old, the brain is still developing until approximately ages 24 or 25. During adolescence, a significant amount of brain development is happening, especially in the parts of the brain needed for complex tasks, organization, planning, and judgment. 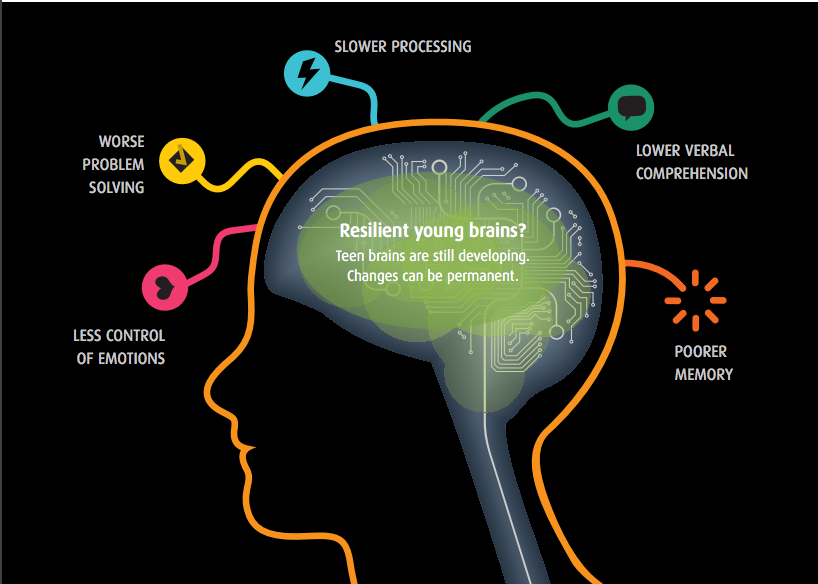 Impact of Marijuana Use On Teen Brain

3 Key Things to Know About the Teen Brain & Substance Use:

How Does Marijuana Impact The Teen Brain?

The brain’s prefrontal cortex, which is responsible for important functions such as impulse control, attention, focusing, organization and personality, is the last area of the brain to fully develop. Marijuana inhibits those functions, resulting in higher consequences within brains that aren’t fully developed, along with the possibility of permanent damage (abnormal changes ) in the brain of frequent marijuana users. 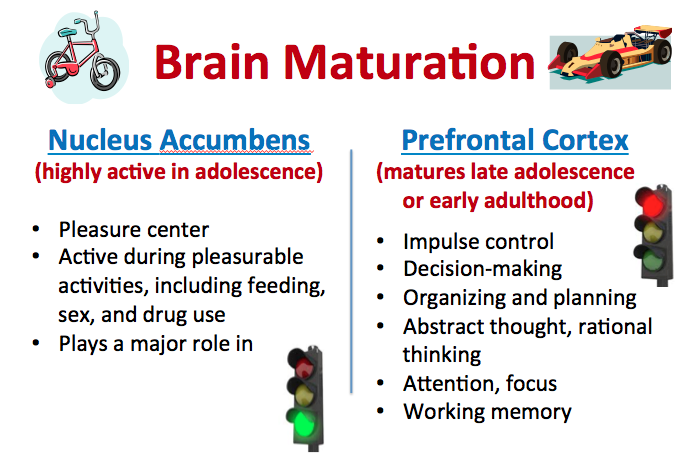 Marijuana activates the brain’s endocannabinoid system, which causes the pleasurable feelings or “high” and stimulates the release of dopamine in the brain’s reward centers, reinforcing the behavior. Marijuana use also causes negative effects on your brain and body — changes in perceptions and mood, lack of coordination, difficulty with thinking and problem solving, and disrupted learning and memory.

Several studies have linked marijuana use to increased risk for psychiatric disorders, including psychosis (schizophrenia), depression, anxiety, and substance use disorders, but whether and to what extent it actually causes these conditions is not always easy to determine. 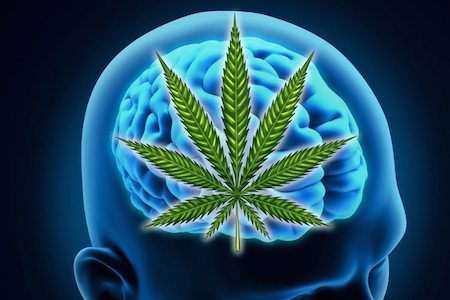 Marijuana use has been linked to a range of mental health problems in teens such as depression or anxiety. Psychosis has also been seen in teens at higher risk like those with a family history.

Take a stand to make West Baltimore a drug-free community, one youth at a time!
Go to Top