PRESCRIPTION DRUG ABUSE = NOT WHAT THE DOCTOR ORDERED

A common misperception is that prescription drugs are safer or less harmful to one’s body than other kinds of drugs. However, as cited by the Substance Abuse and Mental Health Services Administration (SAMHSA), there is a range of short- and long-term health consequences for each type of prescription drug used inappropriately: 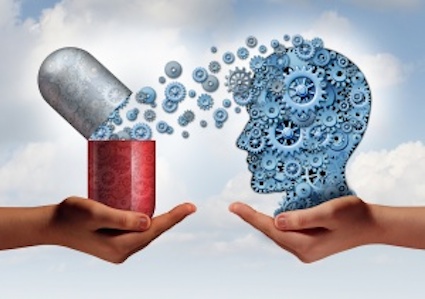 According to the Substance Abuse and Mental Health Services Administration, prescription drug abuse can be particularly harmful to a developing adolescent brain and body. Teen brains continue to develop until teens reach their early- to mid-twenties. During adolescence, the

During adolescence, the pre-frontal cortex further develops to enable us to set priorities, formulate strategies, allocate attention, and control impulses. The outer mantle of the brain also experiences a burst of development, helping us to become more sophisticated at processing abstract information and understanding rules, laws, and codes of social conduct. Drug use impacts perception—a skill adolescent brains are actively trying to cultivate—and can fracture developing neural pathways. Additionally, as our brains are becoming hardwired during adolescence, the pathways being reinforced are the ones that stick. If those pathways include addiction, the impact may lead to life-long challenges.

Drug use impacts perception—a skill adolescent brains are actively trying to cultivate—and can fracture developing neural pathways. Additionally, as the brain is becoming hardwired during adolescence, the pathways being reinforced are the ones that stick. If those pathways include addiction, the impact may lead to life-long challenges and damage.

As with any type of mind-altering drug, prescription drug misuse and abuse can affect judgment and inhibition, putting adolescents at heightened risk for HIV and other sexually transmitted infections, misusing other kinds of drugs, and engaging in additional risky behaviors.

Teens have easy access to prescription drugs that are not prescribed to them, with getting them for free from friends and relatives as the number one source.

Over-the-counter (OTC) drugs are available at any pharmacy without a prescription. Like prescription drugs, they’re safe when used according to packaged instructions or when recommended by a doctor familiar with your medical history and other medications you may be taking.

Teens can get high by taking cough medicine in excessive amounts. What makes them high is the cough suppressant ingredient called dextromethorphan, or DXM for short, found in more than 100 OTC products. In syrups, tablets, capsules, lozenges, and gelatin capsules, DXM can be found combined with other substances, such as antihistamines, expectorants, decongestants, and/or simple pain relievers.

(Source: Partnership for Drug-Free Kids guide: Getting High on Prescription and Over-the-Counter Drugs Is Dangerous)

Take a stand to make West Baltimore a drug-free community, one youth at a time!
Go to Top